The City of Jamestown's first sewer treatment facility built in the 1920s, was replaced in 1956 by a primary treatment plant which consisted of screening, filtering, and settling out some harmful substances and objects.

Secondary treatment, which means treating the used water with chemicals or bacteria that destroy the remaining harmful substances, came in 1966 when trickling filters and secondary clarifiers were added.

In 1975, an engineering study of the facility recommended an advanced degree of wastewater treatment be undertaken by upgrading the facilities to tertiary capabilities.

The $13,656,000 project, begun in 1983 and funded by federal grants for 75% of the cost, state grants of 12.5% and local funding of 12.5%, brought the city's sewage treatment into the tertiary level through nitrification by adding the rotating biological contractors or RBCs. More than 93% of the suspended solids and oxygen demanding matter is now removed from Jamestown's raw sewage, in addition to 80% of its nitrogen compounds. 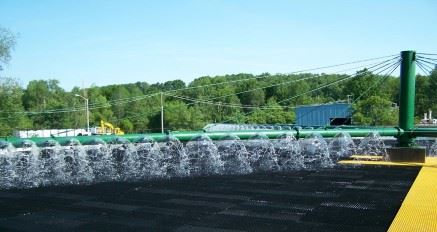 In 2008, BPU wastewater employees worked the rebuild the BPU’s two trickling filters over a seven-month time period. Employees accomplished 90% of the work themselves, finishing the project early and below budget at an approximate cost of $4 million compared to the projected $6 million cost.

As wastewater enters the sewer plant, it passes through a series of ponds, called settling tanks or primary clarifiers. In the clarifiers, more than 90% of solid waste is removed from the water. From the clarifiers, the water is pumped underground beneath the trickling filters and pumped up through a central 18 foot rotating column. Spray arms extend from the center column.

The wastewater is pumped from the column into the arms and sprayed or “trickled” over the top of thousands of a plastic honeycomb-like media. The pile of the media is 16 feet high, surrounded by a large circular wall. Water pressure moves the arms (without the need for electricity), causing them to rotate continuously, spraying wastewater over the media pile.

From the trickling filters, the water flows underground to more clarifiers and finally, through sand filters. Chlorine is added to the water for disinfection, but later removed, so that chlorine is not added to nature when the clean effluent water is returned to its treated state into the Cassadaga Creek. 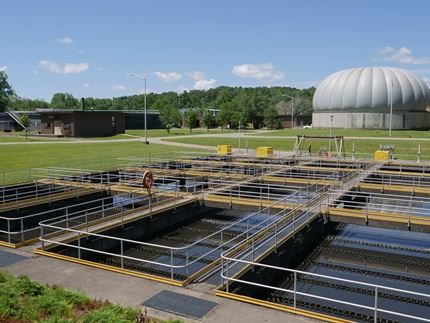 A $2.55 million grant from the American Recovery and Reinvestment Act in 2011 assisted in a $3.1 million WWTP upgrade of the digester covers at the plant.

Improvements included the replacement of two 53-year old digester covers and the addition of microturbines to permit the recovery and burning of methane gas as a result of the wastewater treatment process. The methane gas is used to produce energy to offset the electrical and heating needs of the WWTP.

A wastewater treatment digester breaks down sludge into dirt and methane gas. The methane gas is captured under digester covers that appear as domes or as large fabric balloons above digesters. In the BPU project, a fixed-seal dome cover replaced one of the covers, while a larger balloon style cover with a greater capacity to store methane took the place of the second cover. 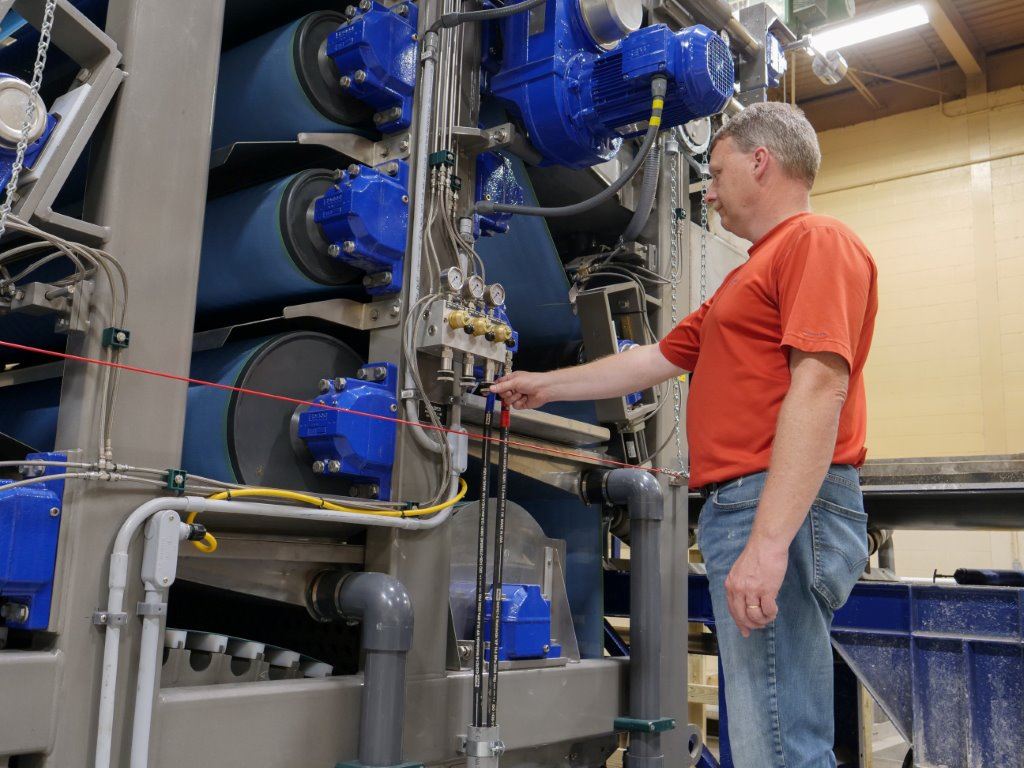 In 2017, BPU personnel began demolition of the current 35 year-old Komline Sanderson belt press units. Over a year-long project, both belt presses were replaced with 2.0 meter BDP belt presses and a new BDP polymer system. The project was originally budgeted for $2 million with final costs coming in at $1.25 million, a substantial savings for the utility.

The new belt presses are able to achieve 25% solids, which are significantly drier than the old press units. Both presses now can function with minimal operator supervision. This completed project upgrades solids handling at the WWTP with a drier final product and less labor cost to operate and maintain the units.