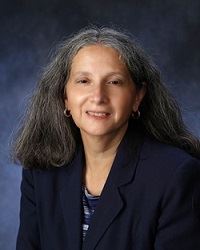 Mayor Sam Teresi appointed Marie Carrubba to the Jamestown Board of Public Utilities (BPU) Board of Directors, effective January 8, 2018, as a Council representative. She has served on the Jamestown City Council since February, 2013, when she was appointed to fill the Fourth Ward vacancy and was subsequently elected to four successive terms.

Carrubba attended the State University of New York at Buffalo Law School and is an attorney. She has worked as a disability advocate in Jamestown since 1983 when she was hired as the Director of Southwestern Independent Living Center and where she has worked for the past 37 years as Executive Director.

Marie and her husband Doug are the parents of two sons.

Carrubba is currently serving her second term as Chautauqua Opportunities, Inc, Board Chairperson where she has participated as a board member for the past 28 years. She is also Secretary of the Resource Center (TRC) Board of Directors, where in the past, she also held positions as President and Treasurer. She was named to the Jamestown Community College Board of Trustees by Governor Cuomo in 2013 and holds the position of Board Secretary.  She continues to serve on the Community Services Board, the Workforce Investment Board and the Long Term Care Council.

Among the honors she has received are TRC Advocate, TRC Humanitarian, TRC United Way Volunteer of the Year, Zonta Women in Leadership Award and the Chautauqua County Homecare Association Service to the Community recognition.